Before plastic fangs and fake blood, October 31st was a day of rebellion; the history of Halloween spans five hundred years and two continents, featuring pagan rebels in the Medieval British Isles, the European witch hunts, Irish migration to the States, and even widespread arsons in Detroit in the 1980s. 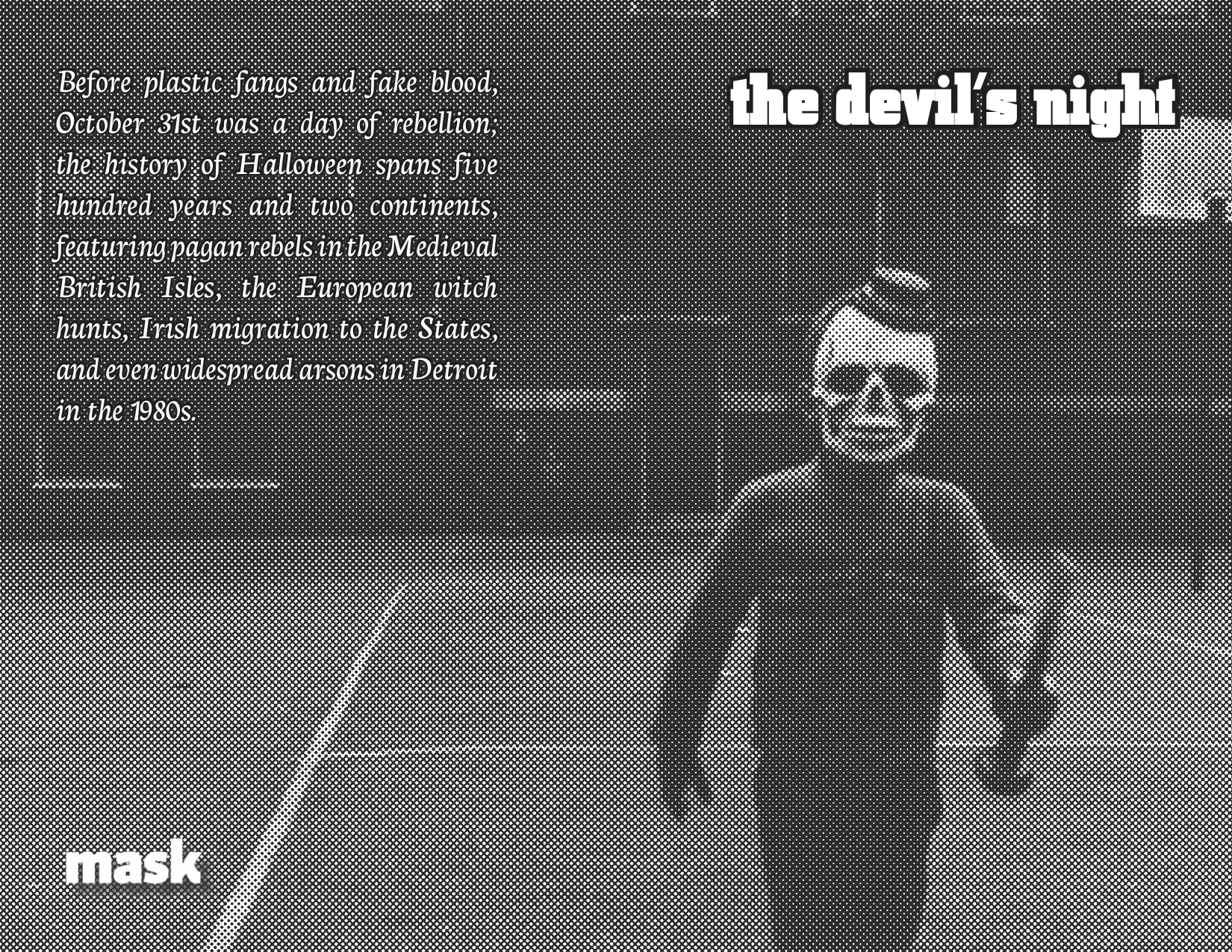