“It’s becoming clear that Facebook is not so much the model of a new form of government as its reality already in operation. The fact that revolutionaries employed it and still employ it to link up in the street en masse only proves that it’s possible, in some places, to use Facebook against itself, against its essential function, which is policing.”

Excerpt from «To Our Friends» 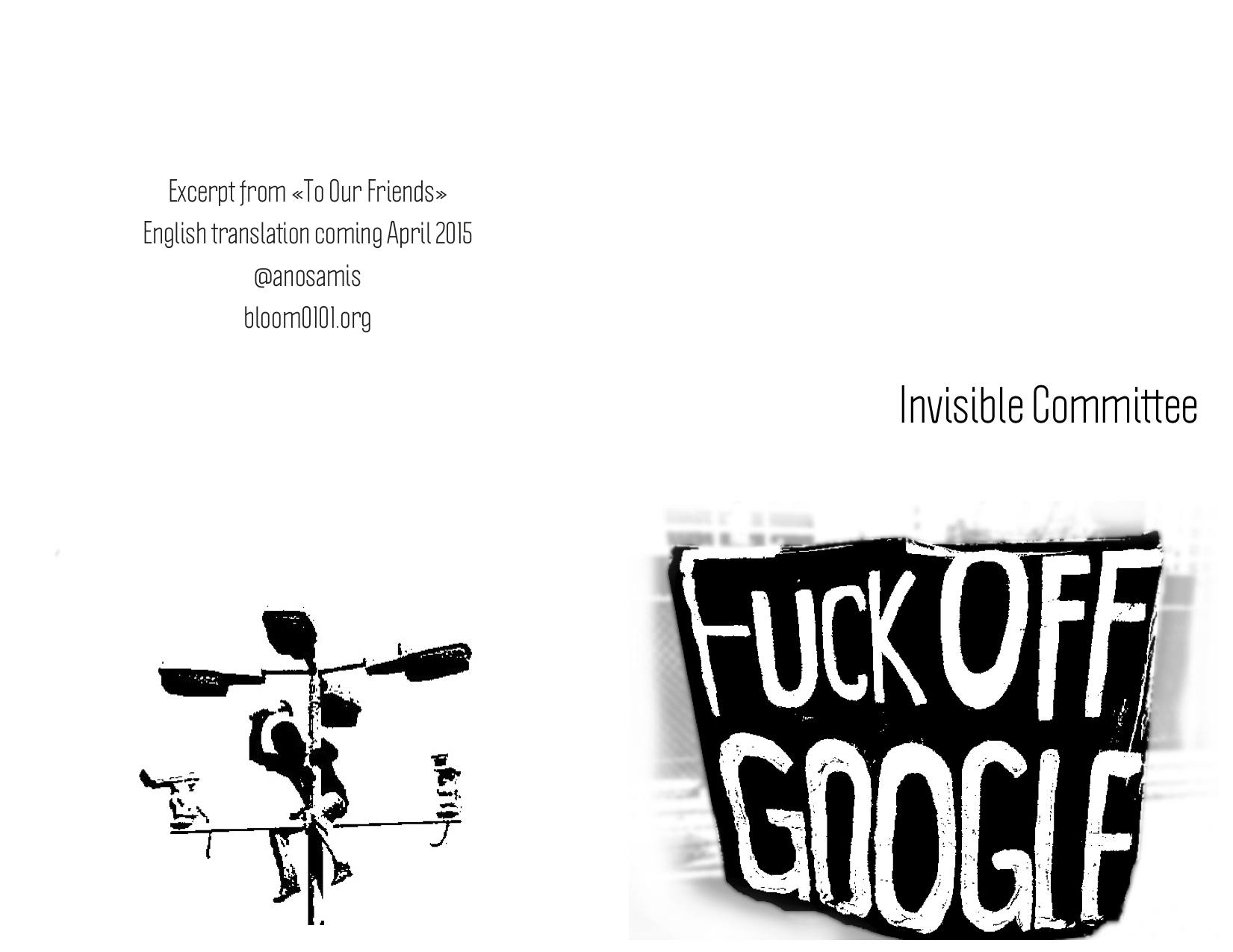